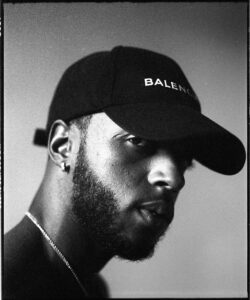 R&B artist Ricardo Valdez Valentine is professionally known as 6LACK (pronounced “black”). He was raised in Atlanta’s Zone 6 and he has always considered the number 6 important to his identity. 6lack release his debut album “Free 6lack” in November 2016 and it peaked at #34 on the Billboard 200. He has performed on numerous tracks with artist such as T-Pain, Jhene Aiko, and Kodak Black. He was also nominated for multiple Grammy Awards including one in 2019 for “Best Rap/Sung Performance”.