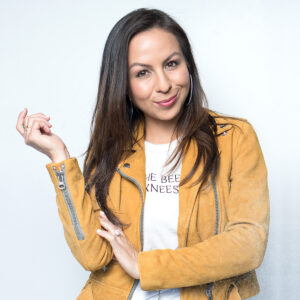 Anjelah Johnson, former professional cheerleader and current comedian and actress is known for her internet sensations. In the early 200’s, Anjelah uploaded a video describing her experience at a nail salon as an animated cartoon that went viral for it’s unique and comedic efforts. This video led her to many television and film opportunities. ‘Bon Qui Qui’ is a character Anjelah is also known for after joining the cast of MADtv – another original approach to comedy as the character was a “disgruntled fast food employee with no filter,” and made music videos amongst other skits. All of this work can be found between YouTube and iTunes. Anjelah has appeared in many commercials, ads and campaigns for large companies such as Verizon, Snickers and All-State. Anjelah was the spokesperson for a Texas-based restaurant chain called Taco Cabana. Anjelah’s latest work includes guest appearances on major television shows as well as movie roles, and she has since released 4 1-hour comedy specials and tours the country for shows. If you are looking for a unique approach to comedy and a strong female in the media, you should keep an eye out for Anjelah Johnson.