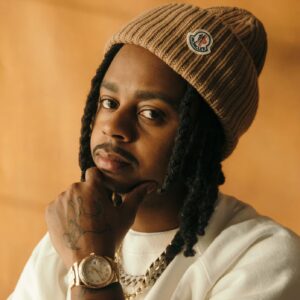 Babyface Ray is a rapper out of Detroit where his mixtapes first became popular. Before his era of mixtapes as a solo artist, he was a part of a rap group called Team Eastside. Breaking into his solo career, his popularity began with the release of his mixtape Mia Season. Following that, he released many mixtapes that solidified him in Detroit and eventually gained the mass appeal across the country. His debut EP featured artist such as EST Gee, Kash Doll and Moneybagg Yo — all major artists, in which his project hit Billboard charts. Babyface Ray has a calm, conversational rap style that sets him apart in the space of rap music to which he continues to add his Detroit touch. Babyface Ray works closely with rap star Future, and on his latest album FACE, has collaborations with Wiz Khalifa, G-Herbo, 42 Dugg, Pusha T and more. Babyface Ray will be seen on stage performing at numerous festivals and markets. He is one to watch, and we are doing just that.

Check out BABYFACE RAY’s music video for “Motown Music,” from his latest album below. Call 757.962.8777 for booking info.