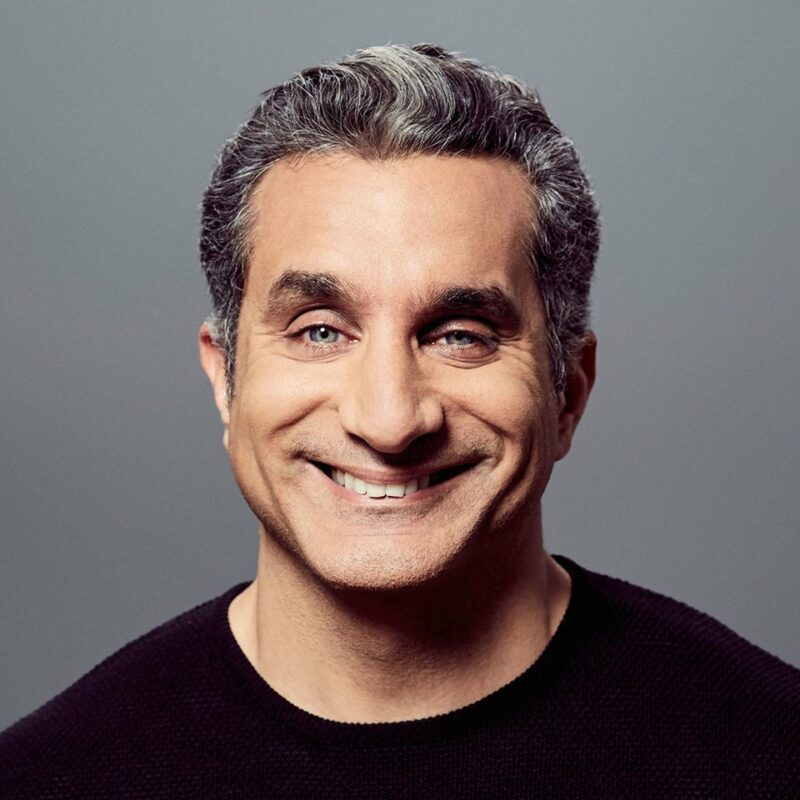 Bassem Youssef has been called “the Jon Stewart of the Arab World.” He is an Egyptian comedian, writer, surgeon, media critic, and television host. He hosted the first of its kind in the Middle East political satire show – AlBernameg. It was the first online to TV conversion in the Middle East and was watched weekly by 30 million viewers across the region.