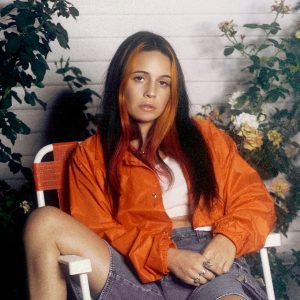 Bea Miller is a singer and actress from New Jersey, with roots in performing. At a young age, Bea Miller began performing and upon her teenage years, had voice-acting gigs in Ice Age 3, Toy Story 3, and other films. In 2012, Bea Miller auditioned and won a spot on the second season of Fox’s tv show, The X Factor, a singing competition. On the show, Bea Miller worked with Britney Spears as her judge and mentor. The show drew a large fan following, and she exited in 9th place. After leaving the show, Bea Miller got a record deal and started working on an album. First came a short EP, and then in 2015, a full-length debut album that peaked on the U.S. Billboard 200 chart. Bea Miller has since released additional singles, a trilogy of EPs, and more. Bea Miller has had features from artists such as 6laack, Jessie Reyez, and Snakehips, Aminé  and others. In 2020, Bea Miller released a seven-song EP and 2021 a few singles. We are keeping an eye out for what’s next from Bea Miller.