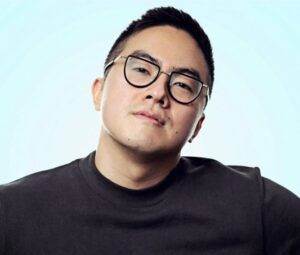 Bowen Yang is a comedian, writer, actor, and was featured in TIME as one of “23 People Who Are Changing What’s Funny Right Now”. Bowen is the co-host of the acclaimed podcast “Las Culturistas” and its live show “I Don’t Think So Honey”. In SNL’s 44th season, Bowen became a staff writer and wrote sketches such as “Sara Lee”, “GP Yass” and “Cheques”.  Last September he joined the cast as a featured player becoming the first Asian American cast member. Outside of SNL, Bowen has performed stand-up on “2 Dope Queens” appeared as a guest star on HBO’s “High Maintenance”, Comedy Central’s “Broad City” and has a recurring role on the series “Awkwafina is Nora From Queens”.