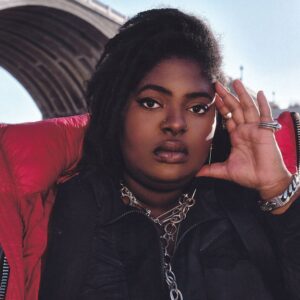 Chika is a singer, rapper, and actress from Alabama. Chika grew up in a Nigerian-American household as the youngest of three sisters. She found a passion for slam poetry and ended up attending a performing arts school. Later on, she would make various social media posts that went viral (of her performing lyrics,) one in particular when she freestyled to the beat of Kane West’s “Jesus Walks.”  Chika has performed on NPR’s Tiny Desk, and Jimmy Kimmel Live where she used the opportunity to perform a rap criticizing Alabama state abortion laws. Chika fuses hip-hop, rap and R&B to talk about themes such as body positivity and social injustice. Chika earned a 2021 Grammy nomination for Best New Artist alongside an NAACP Image Award for Best New Artist. Chika made an appearance in the Netflix film Project Power and has collaborated with Charlie Wilson and featured on JoJo’s song “Sabotage,” which reached the Top 20 on Billboard’s US R&B Download chart. Chika has been making major moves and soundwaves within the industry and it will be interesting to see what’s next.