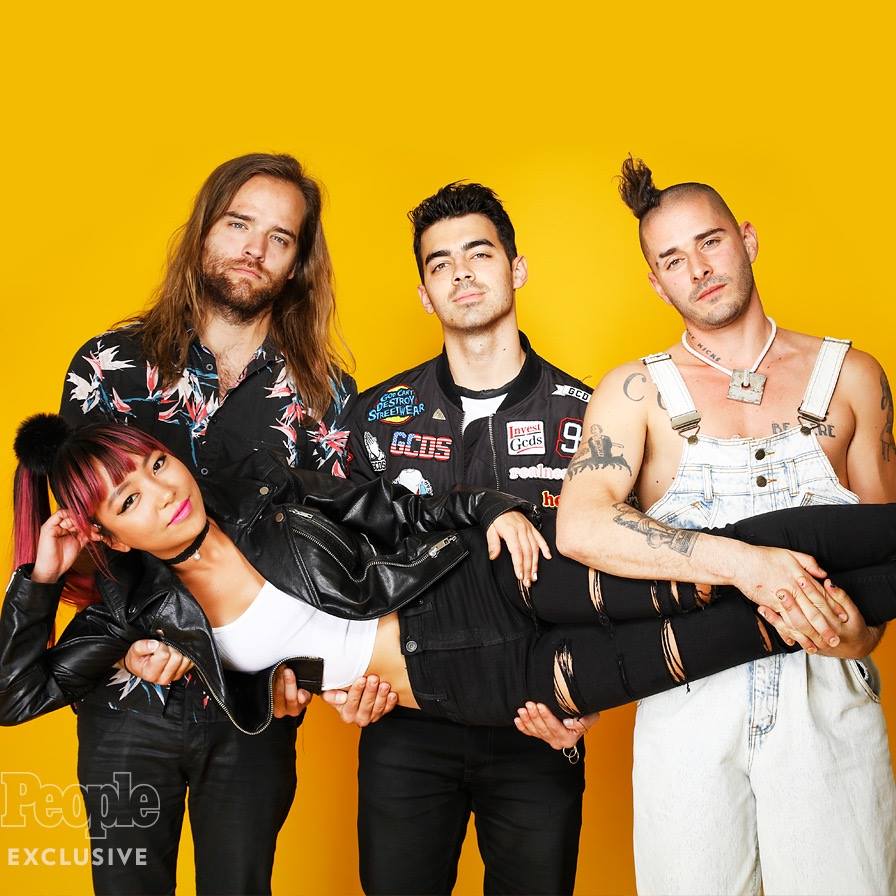 DNCE’s debut single “Cake By The Ocean” went double platinum and propelled the band to their “Best New Artist” award at the MTV VMA’s. The funk-pop and dance-rock band was formed by lead singer Joe Jonas. Guitarist JinJoo and drummer Jack Lawless had previously toured with the Jonas Brothers while bassist/keyboardist Cole Whittle co-founded the band Semi Precious. DNCE was formed in the summer of 2015 and has been moving full-speed ahead ever since.