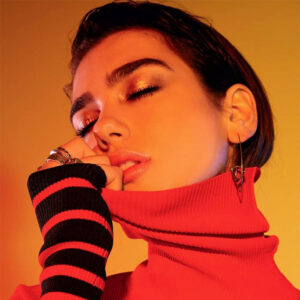 Dua Lipa is a singer/songwriter from London, England who like many, started her career on YouTube singing covers of various artists songs.Her father was also a singer, who she grew up listening to and inspired her to explore her own talent. Dua Lipa attempted modeling to make connections with people interested or connected to the music industry. She eventually landed a deal with Warner Music Group and released a debut album which hit the charts in multiple countries, including the US. Her birth given name is actually Dua Lipa which is Albanian and translates to mean “love,” which she sought it the perfect stage name. Dua Lipa says that to her, being successful means doing things that she is proud of. She aspires to be honest in her music, and has won numerous Grammy and Brit Awards, amongst other various nominations and participated in many collaborations with top artists. Check out one of our favorites featuring DaBaby below!