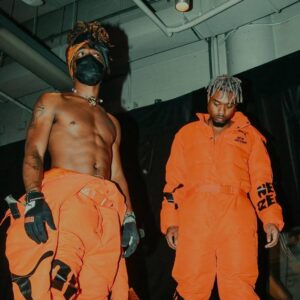 Hip-Hop duo Johnny Venus and Doctur Dot formed EarthGang in 2009 in Atlanta, Georgia.  The duo grew up in Atlanta where they meet in high school and continued making music together as they both attended Hampton University. Their first two projects landed them festival shows on opposite ends of the country but it was their debut album “Shallow Graves For Toys” that got them on the charts. The 2012 album peaked at #11 on the Billboard Emerging Artists chart. Their newest full length album “Mirrorland” is out now.