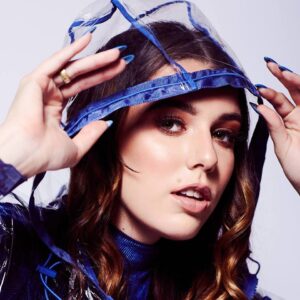 Pop singer Emily Vaughn is a rising star and has made her presence known in the industry. She is originally from Florida but is now working hard on her music in L.A. Her music has been featured on Spotify’s New Music Friday multiple times and streamed over 15 million times globally. You would even recognize her songs being played in popular stores such as H&M and Starbucks. She has received praise from the likes of The Fader, Conan O’Brian, Harper’s Bazaar and more. Her first full length project “Bitch Bops” came out in early 2019 and she will be releasing new music this spring.