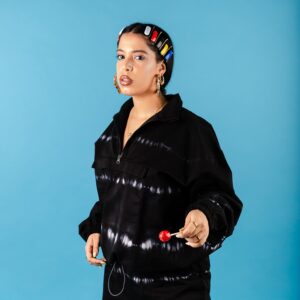 Ilham is a rising R&B artist from New-York where she decided becoming an artist was her goal.Some years ago, Ilham attended a block party in which there was a talent show she was convinced to participate in where she won a bike from her performance that she would give her siblings and it encouraged her to want to step outside of her shyness more and work towards artistry. Ilham took a fast-track route to graduating college so she could prove to her parents her dedication to her goal of focusing on her music. Ilham faced many challenges on her journey through the industry including not being taken seriously as a women in a male dominated space, unclear intentions, and navigating beauty standards, style and authenticity. Aspiring to meet her goal of becoming an artist, Ilham landed an internship at Capitol Records where she made connections and learned the ins and outs. Shortly after, Ilham found a producer and many collaborators and released her first EP and has since continued to build momentum around her name. “If you have a dream, protect it. Don’t wait on anyone; figure it out.” Ilham has worked with artists such as Dave East, Arin Ray, Guapdad4000,and others. We look forward to what this woman on the rise has next for the industry.