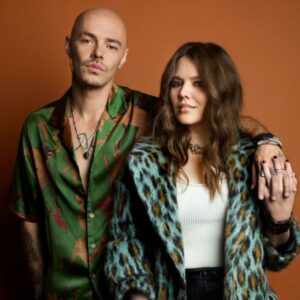 Jesse & Joy are a brother and sister pop duo. In their teenage years, they began writing music with their father and then years later were signed to a label. Jesse plays piano and guitar while singing backup for the duo, and Joy plays guitar and is the lead vocalist. In 2005, the duo was introduced at the Mexican Teletón, an annual 24-plus-hour TV and radio broadcast to raise money for children’s rehabilitation centers dating back to 1996. In 2006 they released their debut album, which reached the top twenty on the Mexican Album Chart, was certified Platinum, and then won the Latin Grammy Award for Best New Artist within the next year. In 2007, the duo released music into the U.S. and began performing internationally, appearing at Latin American Music Awards, the Latin Grammys, and Coachella. The duo has been pairing with other artists and releasing singles, and we can look forward to more music from them.