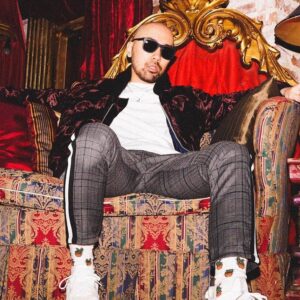 Chris Kato Ju (Kato on the Track) is a music producer from Fairfax, Virginia and moved to Atlanta to be an entrepreneur. Kato started out as a self-taught musician when he was rapping and making beats in college. His peers quickly recognized his talent and he collaborated with other local artists. A particular local collab shifted his focus to push rap aside and work on production which led him catching the attention of an independent label where he signed on as an in-house Producer in 2013. Although no longer with that label, it opened up doors for him to do his own thing. He has his own mentorship program, and self-funded a 10-city tour where he traveled to speak to aspiring artists and music creatives to give them insight on the industry and feedback on their music. Of course it expanded because that’s such an awesome platform. Kato has worked with artists such as Tory Lanez, K Camp, Joyner Lucas and B.O.B in his time and will only continue to grow that list and his following with his work.