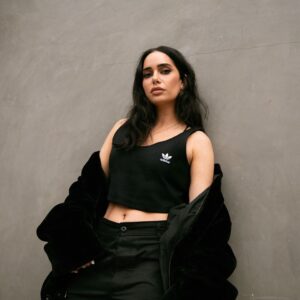 Lauren “Kittens” Abedini is known professionally as DJ Kittens and is looking to revolutionize the DJ industry. Kittens grew up on the outskirts of Los Angeles and started out in the music scene at an early age by performing at the local nightclubs.  She has since earned the support of artists such as Usher, Kid Cudi, Skrillex, and A-Trak and has found herself performing at festivals including Coachella and EDC. She was also featured in DJ Magazine’s Top 100 issue as a “Fresh Act On The Rise” and Source Magazines “25 Women To Watch”. Kittens embraces who she is and uses her platform to support other women through her non-profit PWR. PWR is a series of DJ workshops geared towards women where all proceeds are donated to local women’s or LGBT centers.