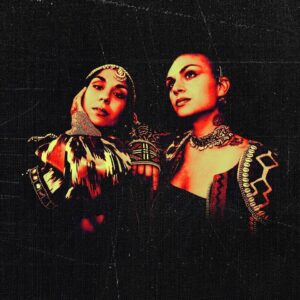 Electronic duo Krewella consists of sisters Jahan and Yasmine Yousaf and was formed in 2007. In 2012 they self-released their first EP “Play Hard” which landed at number ten on Billboard’s Top Dane/Electronic Albums Chart. That same year Krewella quickly became a staple at festivals across the globe including Ultra Music Festival, New York’s Electric Zoo, and Texas’ Meltdown. Their debut album, “Get Wet”, was released in 2013 and reached the Top Ten of the Billboard 200 charts. Krewella continues to release hit singles and early this year produced another full length album “Zer0”.