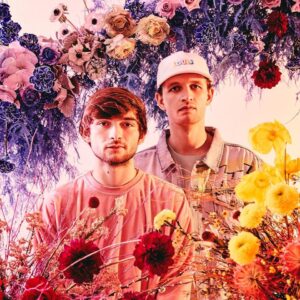 Electronic duo Louis the Child consists of Robert “Robby” David Hauldren and Fredric “Freddy” Judson Kennett. The pair went to the same high school but their paths never crossed until they met at a Madeon show and that is when they decided to make music together. After emerging onto the scene in 2013, they released a series of singles such as “It’s Strange with K. Flay and “Weekend” with Icona Pop. They have over 600 million streams, made appearances at Coachella and Lollapalooza and even opened for the act that brought them together, Madeon. Their official full length debut album “Here For Now” is out now.