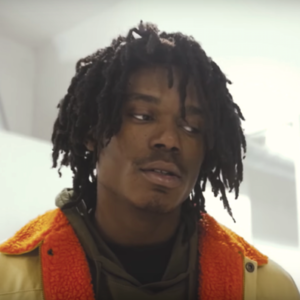 Lucki is a rapper from Chicago who set himself apart with his “inventive production” choices, and vulnerable narratives. His flow is described as spaced-out and on the edge of mumble rap. He dropped out of high school to pursue his rap career (first under the name of Lucki Eck$.) His first mixtape was of 2013 called Alternative Trap, which is exactly what it was. Lucki uses uncommon orchestral beats and production to achieve the sound of his music. He talks about mental health and trouble with addiction in his songs. After multiple mixtapes and collaborations with artists like FKA Twigs, Chance The Rapper, and Danny Brown, Lucki’s name grew — still only a teenager. Notably, his free-style centered mixtape of 2015 called Freewave, portrayed how troubled he was and in 2016 he took a hiatus from music to get his head together. He returned in 2017, still using his music to talk about real life struggles and personal issues and by 2019 he’d released Freewave 3. 2020 brought a more upbeat album, different than his typically heavy subjects. This artist is a raw creative and we are interested to see where he goes.