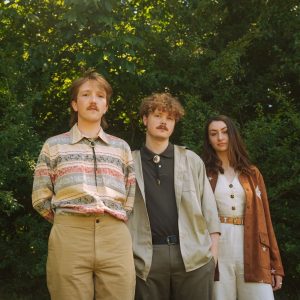 Mom Rock is an indie-rock band with electric live sets and original tunes. The band has recently been featured on Rolling Stone’s 2022 Hot List. Their take-off goes back to 2020 when they were college kids, invited to perform at Rock Boat, a five-day cruise from Miami through the Caribbean headlined by large acts such as Switchfoot and Sister Hazel. At that time, the band had never played venues larger tan a basement house party. The band formed in 2018 at Boston’s Berklee School of Music as they were inspired from artists like Talking Heads and Bleachers. Their music gained a following after uploading to Spotify. To date, the band has released 3 EPs and are currently working on new music.