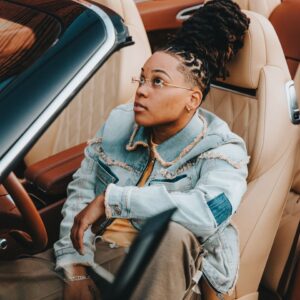 Brittany Dickinson is a New Jersey rapper and songwriter known as PineappleCITI. She fist made her debut in 2016 with her hit singles “Pepsi” and “Rose Colored” both of which were featured her self-titled debut album. In September of that same year, PineappleCITI was in major car accident that left her with severe injuries. Three years later she was back on the scene and has since released her second album “neonBLUE” and her latest single “Recognize”. She has also written for artists such as Kelly Rowland, Twista, and Yo Gotti.