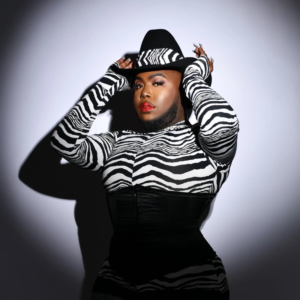 Saucy Santana is a celebrity make-up artist/hairstylist turned rapper from Talahassee with a bold personality. Saucy Santana grew up best friends with the cousin of now known rap group the City Girls. He would experiment with make-up at home, and provide glam for the City Girls when they were performing in the area and built a personal relationship. Being seen together on social media placed Santana into the public’s eye, which was around the time he released his first track that gained a million streams in one week. Santana realized his talent when he saw the success without having to create a dance or trend — people just supported the music. Eventually on its own, Santana’s music bled over into Tik Tok success. As a member of the LGBTQ+ community, Santana sets his own precedent in a straight-male-dominated genre by showing up with a full beard, make-up, skin-tight dresses exposing his curves, and large lashes. Santana recently collaborated with Lil Nas X on a fun track for the summertime — a big milestone for two big stars, that are black, men, and queer bringing joy to the community through music. Santana notes that he is feminine, loud and proud.  Santana is looking forward to new music, new features and working towards becoming a “megastar.”