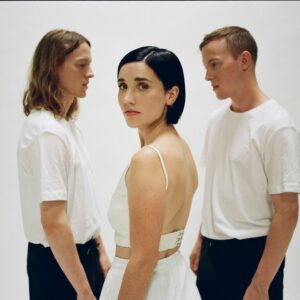 Shaed is a Washington D.C. based pop trio consisting of lead singer Chelsea Lee and producer twin brothers Max and Spencer Ernst. The Group met in high school and began writing music a few years later releasing their debut single “Just Wanna See” in March 2016. Their second single, “Thunder,” went viral and was also featured on their debut EP. Shaed’s latest EP “Melt” is out now and features their single “Trampoline” which has climbed into the Top 20 of the Billboard Hot 100 chart.