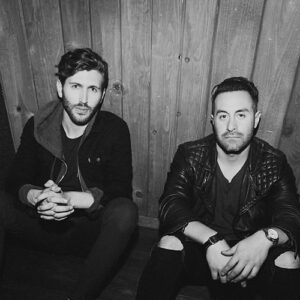 New York-born and L.A. based rock duo, The Score, consists of Eddie Anthony and Edan Dover. In 2017, they released their full length debut album “Atlas” which landed at #7 on the ITunes U.S. Alternative Albums chart. Atlas singles “Legend” and “Unstoppable” reached the Top 40 of the Billboard Rock Songs chart. The Score has reached over a billion streams and continues to be a mainstay on the Billboard and ITunes charts. Their new EP “Stay” is out now and features songs such as “Rush”, “In my Bones”, and their new single “Stay”.