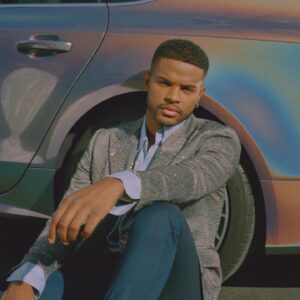 Trevor Jackson is a young singer, songwriter and actor from Indiana who started his career at a young age of eight, playing Simba in a ‘The Lion King’ Broadway adaptation.Since his career, Jackson has had many impressive roles including Disney’s ‘Let It Shine,’ Netflix’s ‘Burning Sands,’ ABC’s ‘Grown-ish,’ and ‘American Crime,’ and a remake of the 1972 crime film ‘Superfly.’ Of late, he has been working more on his music and pushing forth his multi-talents. 2015 Jackson released his first album “In My Feelings.” In 2018 he released his second album, “Rough Drafts, Pt. 1,” to release part two in 2019. Here in 2021, Jackson released his official studio debut album, “The Love Language.” Prior to release, he teased us with a single from the album, “Get To You,” across social platforms including various hit radio stations.