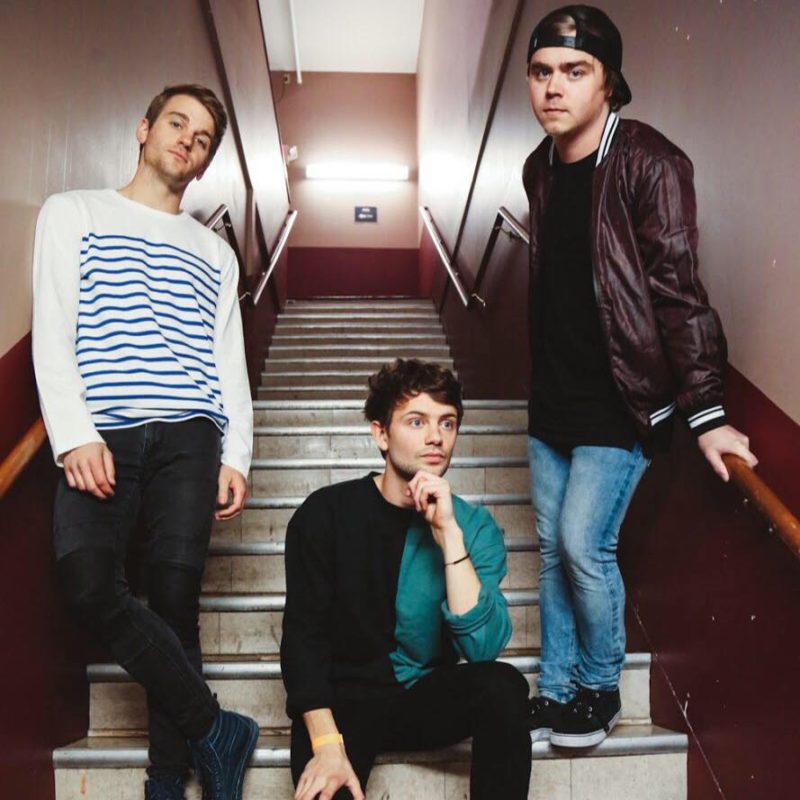 The Milwaukee trio started writing the new music shortly after finishing their 2014 debut album Electrogram, their first release for Fueled By Ramen. The musicians found themselves deep in thought while touring the country extensively over the past two years, reconsidering how they wanted to project their ideas through their songs. The goal of Origami was to tell a cohesive story, rather than just gather tracks together, and Vinyl Theatre wrote nearly 40 songs, beginning with one called “My Fault,” which encapsulates the main message of the record.

“We toured for eight and a half months during our first year out,” Keegan says. “You start to realize your weakness and your strengths on the road. You realize that there will never be a last hurdle – there’s always another one. There’s always something more to be gained. That song is about finding strength in your faults, which carries through the rest of the record. It’s a positive album with hopeful undertones, but it also touches on these harder parts of life.”