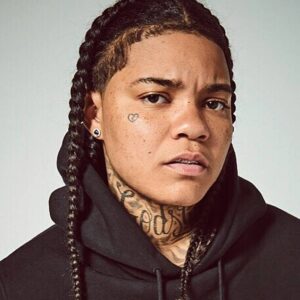 Coming from the streets of Brooklyn, Katorah Marrero is a rapper known by her stage name YOUNG M.A. With the M.A. standing for “Me Always” she is transparent about her life including mistakes and is in hip-hop for the long run. Young M.A. dropped her debut single “OOOUUU” in 2016 and has been a household name since then. She has toured with 21 Savage, opened for Beyoncé and was named on Forbes 30 Under 30 list for 2018. Besides making a name for herself as a rapper, she also formed the Kweens Foundation which focuses on assisting single mothers, low-income families, and parents who lost their children to street violence.