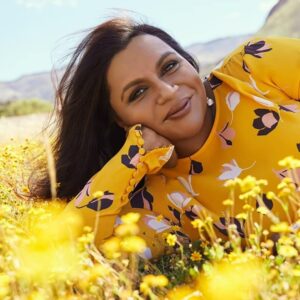 Mindy Kaling is an American comedian, actress, writer and producer who grew up with the likes of 90’s sitcoms such as ‘Seinfield,’ which would later serve as inspiration for her own comedic tune. Young Kaling loved to make her mother laugh and tell people stories. Her parents distilled in her the value of hard work which led her to go out into the world and create opportunities for herself, landing her in the entertainment industry. Despite the hardships of being a woman in the industry, let-alone a woman of color in the industry, Kaling always went after what she wanted with no guarantee of someone taking a chance outside the norms. She says that since being in the industry, she has seen a lot of change in perspectives and that minority roles are shifting the attitude of the industry in a good way and helping people see the value in perspective. We now see Kaling in many of our favorite shows and movies such as “The Office,” “A Wrinkle in Time,” ‘Ocean’s 8,’ or ‘The Mindy Project.’ Mindy Kaling works hard to stand out and make her roles her own. Her drive is to be more than just a minority in the media. She strives to be a relatable human being who could be your friend and not some mysterious or glamourous person off in the distance. We love that.