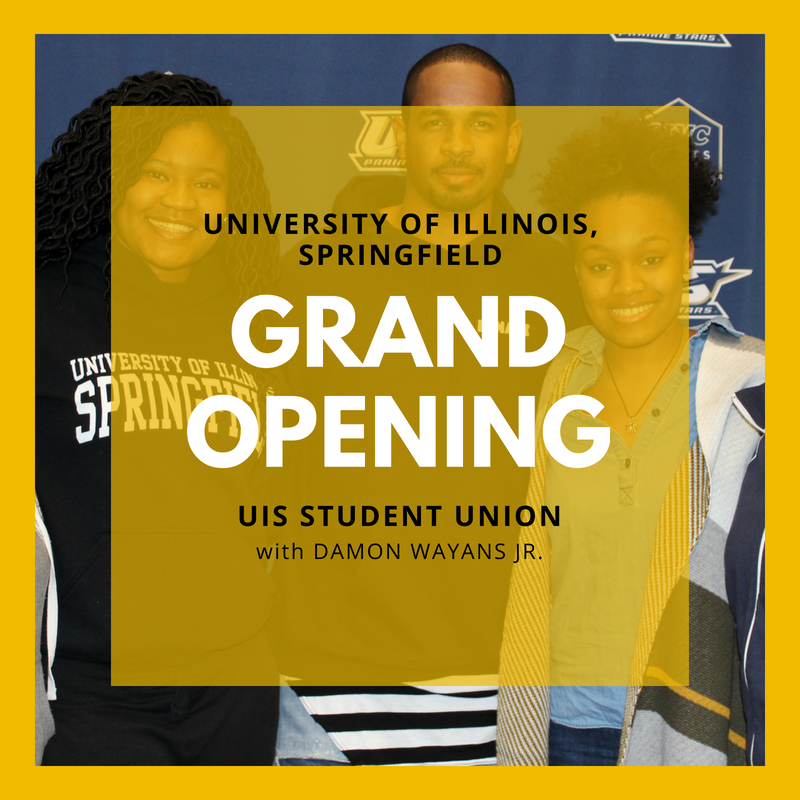 In January of 2018 the University of Illinois, Springfield hosted a week of events to celebrate the grand opening of their brand new student union.One of these events was a stand-up comedy show with DAMON WAYANS JR. Assistant to the Vice Chancellor Student Affairs, Christina Ryan, provides us with some insight:

Why did you choose to host a comedy show as part of the grand opening?

The students requested a comedian and actually the sound and lighting is easier than a concert.

How did you choose Damon Wayans Jr?

He is well known for his role in the New Girl.

How did students react to the event announcement?

Students were excited.  We gave out tickets starting the Sunday before classes even started and had long lines.

What was your favorite moment from this event?

The students getting to take pictures with Damon after the event.  They got to celebrate a huge successful night and reflect on all the planning.

Keep up with UIS Student Life