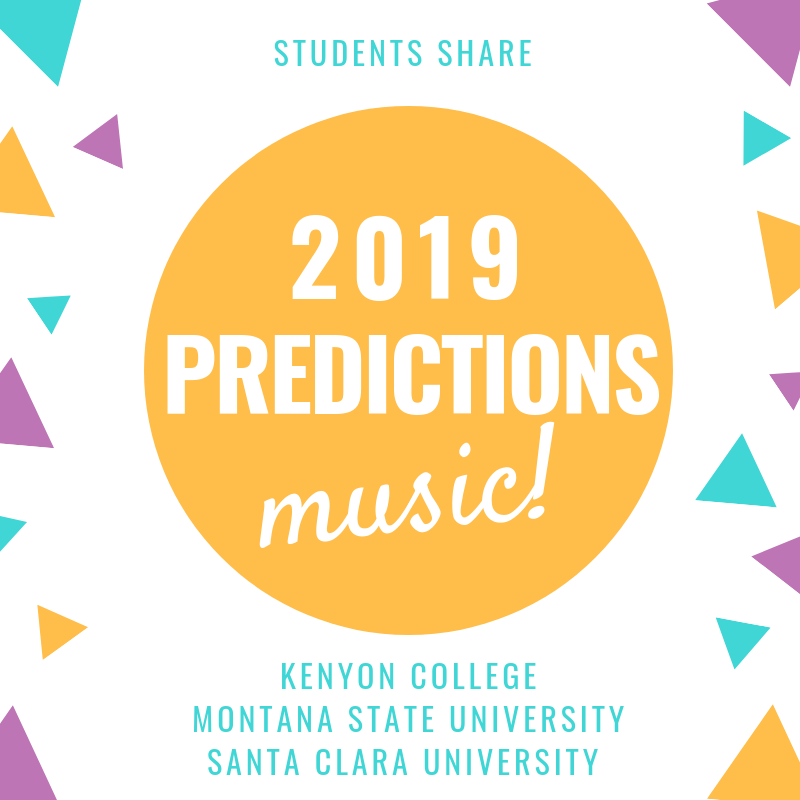 We asked a few students to share their predictions for music in 2019. Which acts do they anticipate to have a big year?

Gryffin is another artist who could appeal to colleges during the spring season. Gryffin’s upbeat, and smooth electronic beats mixed with catchy vocals is a recipe for success among the college demographic. Particularly with popular singles “Tie Me Down (with Elley Duhé”, “Feel Good (feat. Daya)”, and “Whole Heart (with Bipolar Sunshine)”, Gryffin will be a recognizable name that I think many programmers will be interested in booking.

I think the rapper from Atlanta named J.I.D. will have a successful year based on the good reception that his latest album (DiCaprio 2) has been receiving. His word play and unorthodox flow set him apart from most Atlanta rappers. J.I.D. is signed to Dreamville Records and we know that J. Cole has an incredible nose for young talent.

I think that Jonas Blue will have a successful year. He is up and coming and had an awesome album come out this year. His collaborations has gotten him a lot of attention and has been helpful in getting into more of his music. His song “Rise” has been really popular at events here at our university and on our local radio stations.

Whethan is perfectly positioned for another breakout year, especially among college campuses. The young DJ and producer recently released his first complete EP “Life of a Wallflower Vol. 1” on November 9th, 2018. Whethan has generally dropped music at a prolific rate throughout his young career, constantly mixing up his style with fresh singles, remixes, collaborations, bootlegs, and even flips. I also believe that his music will be increasingly popular among the college circuit, due to his age (19), musical versatility, and current affordability. All in all this is an exciting artist to keep your eye on for the upcoming year. I predict Whethan will most likely continue to play at some of the biggest festivals in the United States and drop new many new hit songs within the following months. Factoring in his work ethic and instant popularity I reckon it won’t be long until he emerges as one of the top DJs in the game.