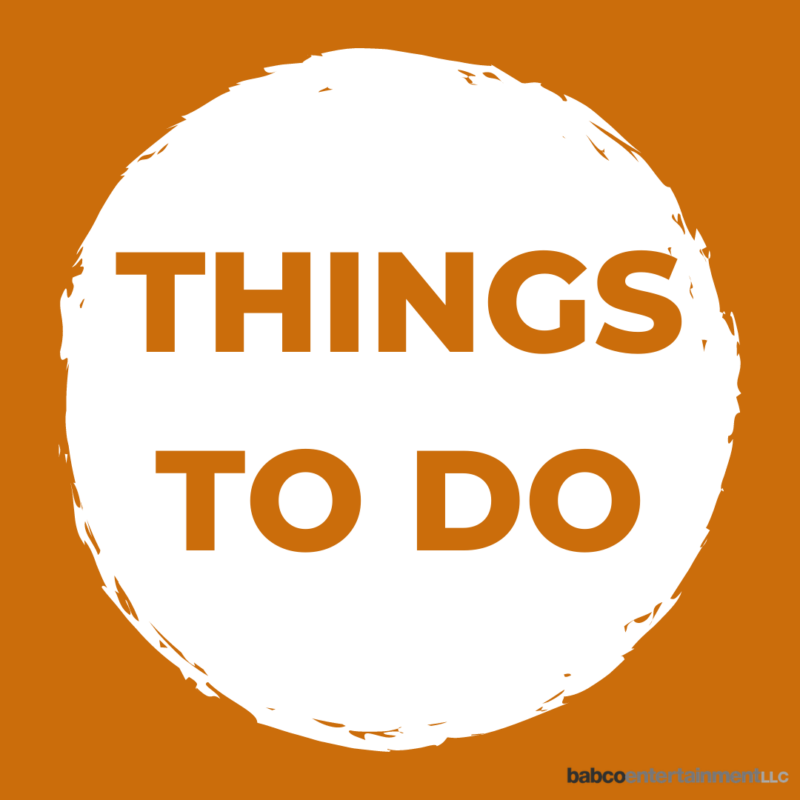 Team Babco has put together a list of music/comedy related documentaries, podcasts, books, and more:

The list above is from: The Best Music Documentaries on Netflix – https://www.complex.com/music/best-music-documentaries-netflix-right-now/

Fyre Fraud – (Hulu) Tells the story of how it came to be, interviewing McFarland (now a convicted con-man), and many others directly involved with the festival’s planning and poor execution.
Whitney – (Amazon) Documentary about Whitney Houston’s life.
The Defiant Ones – (HBO) This four-part series tracks the individual and combined success of Dr. Dre and Jimmy Iovine, creators of Beats Electronics.

A Dream About Lighting Bugs by Ben Folds
The Beautiful Ones by Prince
Me by Elton John
It’s All In Your Head by Russ
I Still Believe: A Memoir by Jeremy Camp
The Complete David Bowie by Nicholas Pegg

Bossypants by Tina Fey
Yes Please by Amy Poehler
The Hidden Power of F*cking Up by The Try Guys
Everything Is Awful: And Other Observations by Matt Bellassai
A Very Punchable Face: A Memoir by Colin Jost
Born A Crime: Stories From a South African Childhood by Trevor Noah
Is Everyone Hanging out Without Me? By Mindy Kaling
Born Standing Up: A Comic’s Life by Steve Martin
Seriously… I’m Kidding by Ellen DeGeneres
Failure Is an Option: An Attempted Memoir by H. Jon Benjamin
Girl Logic: The Genius and the Absurdity by Iliza Shlesinger

More Spotify Playlists to check out can be found here: https://www.complex.com/music/best-spotify-playlists/

BEST FRIENDS with Nicole Byer and Sasheer Zamata
ENTRY LEVEL with Brooks Wheelan
YOU MADE IT WEIRD with Pete Holmes
ARMCHAIR EXPERT with Dax Shepherd
WHAT REALLY HAPPENED? with Andrew Jenks